Back on the Slopes After Knee Surgery

Nick Chavez describes himself as “extreme.” The 35-year-old Coconut Grove sales professional seeks the adventure that comes with hiking, whitewater rafting, jumping off cliffs and snowboarding.

“These are my biggest passions in life,” he said. But with the “extreme” nature of his passion, comes the risk for injury.

Mr. Chavez learned that lesson last year, when a snowboarding run in Breckenridge, Colorado took an unexpected turn, forcing his leg against a tree and injuring his kneecap.

“An X-ray at the urgent care center in Breckenridge showed my bone was cracked, and doctors there thought I had a torn ACL,” he recalled. So, when he returned to Miami, he immediately sought care for his injured knee. But a blood clot in his leg – caused from a combination of the injury and his long flight home – stalled the care he was set to receive, as he waited for the clot to dissolve.

Meanwhile, friends convinced Mr. Chavez to seek a second opinion from John Zvijac, M.D., an orthopedic surgeon from Miami Orthopedics & Sports Medicine Institute. Dr. Zvijac, who oversees the orthopedic care of numerous collegiate and professional sports teams and is the medical director for Miami-Dade County Public Schools’ student athletes, explained to Mr. Chavez that his injury was much more complicated than a tear of the anterior cruciate ligament, or ACL.

“Dr. Zvijac told me my kneecap had been shattered, and I also had torn my MCL and MPFL – the ligaments that held my kneecap in place on my leg,” Mr. Chavez said.

With the severity of his injury, Mr. Chavez needed knee surgery.

While reconstructing the knee may have been an option, Dr. Zvijac thought Mr. Chavez’s active lifestyle warranted repairing the injuries with his own ligaments, which were healthy, even though they were torn from the knee.

“We went in arthroscopically to clean out the loose fragments of the kneecap and smooth out the cartilage under the patella,” Dr. Zvijac explained about Mr. Chavez’ surgery at Doctors Hospital. “Then, we opened up his knee to reattach the two ligaments.”

That surgery took place on April 5, 2019, nearly two months after the injury.

“I’d say it took about two weeks after my surgery for me to walk comfortably,” Mr. Chavez remembered. “My biggest challenge was that my quadriceps muscle had lost considerable mass and strength between the time of my injury in February to April, when I had my knee surgery. I had to work hard in physical therapy and on my own to rebuild that and heal my knee.”

Mr. Chavez went to physical therapy two to three times a week for three and a half months. He also worked out in his gym, focusing on rebuilding his muscles and participating, cautiously, in kickboxing classes once he was cleared by the physical therapists.

“Typically, with this type of knee surgery, a person will be walking with a brace in six to eight weeks, resuming their activities in six months and fully recovered by eight months after surgery,” Dr. Zvijac said. “We recommend physical therapy two to three times a week for 10 to 12 weeks.”

This past January, Mr. Chavez returned to the slopes. He admits he took it easy because of fear he might reinjure his knee. But, he says, once he got over that fear – especially since he didn’t feel pain – he quickly resumed his normal snowboarding routine, staying on the slopes until the last run of the day.

In February – one year after his accident – he was on the same mountain in Breckenridge. He also traveled to Park City, Utah at the end of February and says he hit jumps he never had before.

Dr. Zvijac isn’t surprised by Mr. Chavez’s recovery and ability to return to what he loves.

“With a surgical repair of a knee injury like Nick’s, plus his hard work to restore strength and function, I expect his knee to be good the rest of his life,” he said.

As for Mr. Chavez’s take on his recovery, he credits his attitude and offers this advice to others who may go through a traumatic sports-related injury: “As much as it seems impossible, keep a positive outlook. Know it’s going to take time, but you’ll progress from a little progress to more and more with time.” 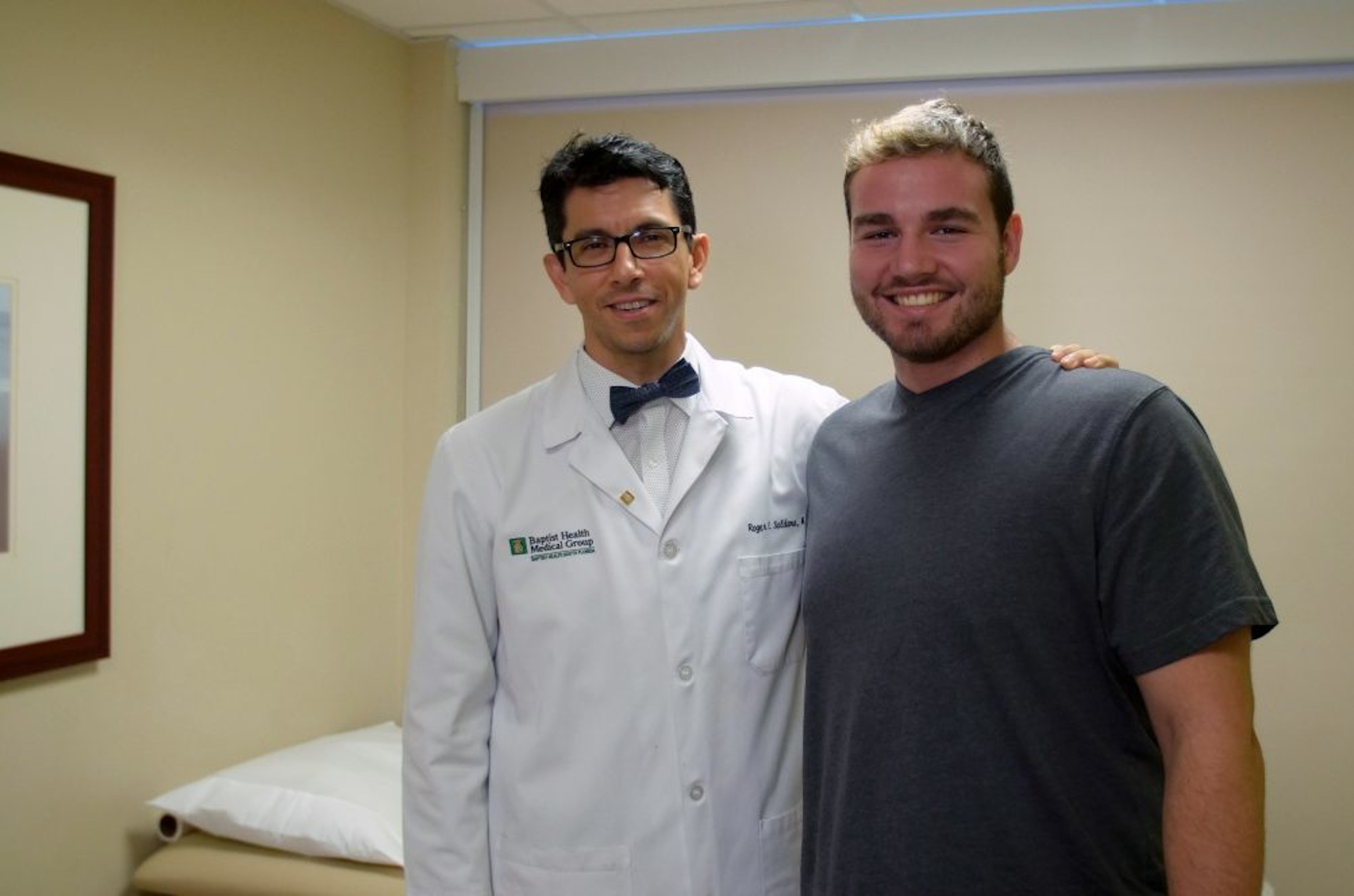 Max Diaz’s entire future hinged on how well — and how quickly — he could recover from a catastrophic elbow dislocation.
Read Story 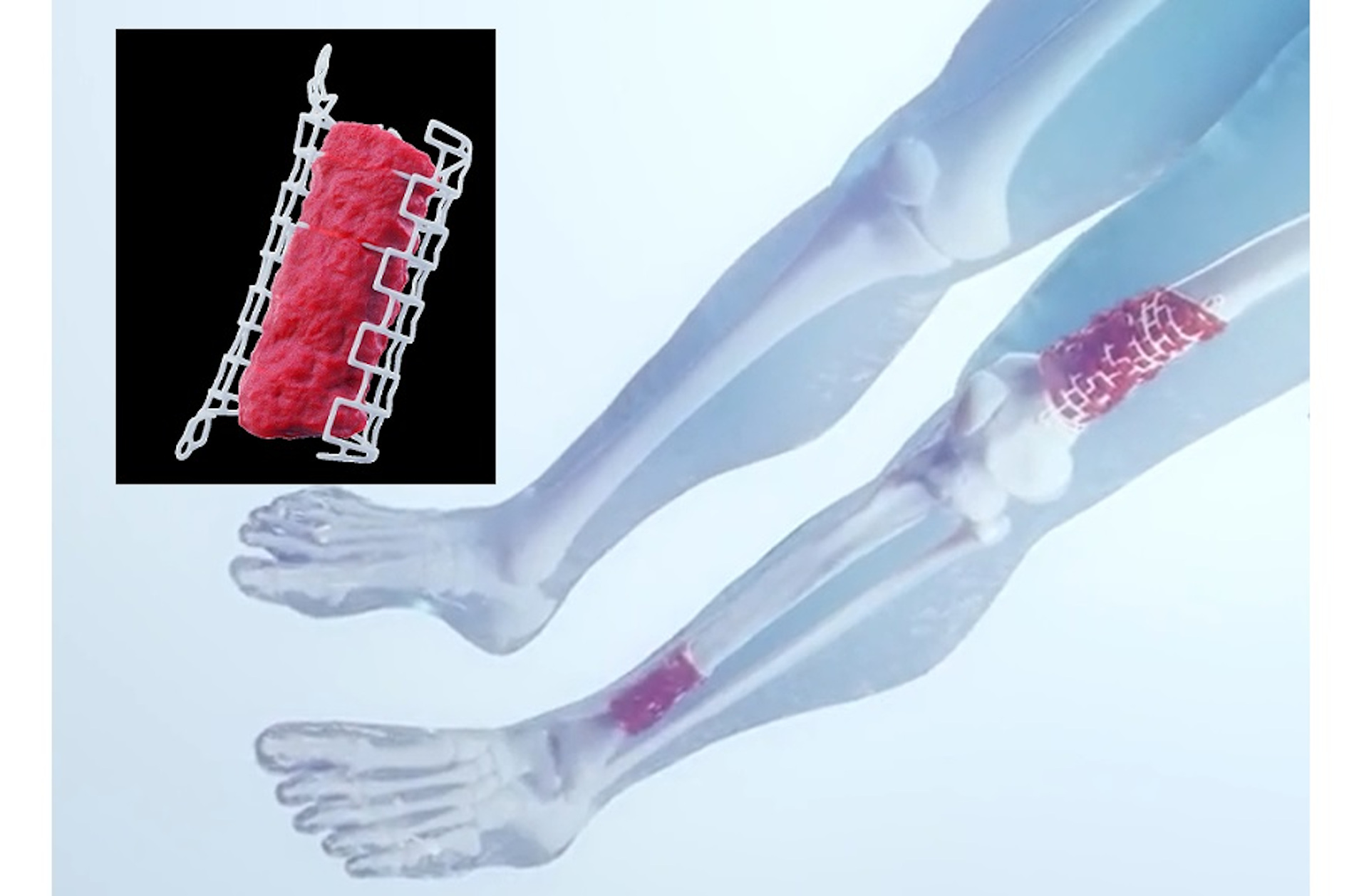 So-called “long bone injuries” — most likely the result of a traumatic impact commonly seen in vehicular accidents — can be a challenge for surgeons attempting to achieve proper healing of the bone and soft tissues.
Read Story

COVID-19 Vaccines: What You Need to Know

Less than a year into the global coronavirus pandemic, several pharmaceutical companies are in the final stages of testing and seeking emergency use authorizations for COVID-19 vaccines.
Read Story