If you’re ever diagnosed with colorectal cancer, it helps to be like Sean Schwinghammer – focused, tenacious and ready to meet any challenge head-on. It also helps to have a son who’s willing to put his own life on hold to care for the family so that you can fully devote yourself to your healing.

For Sean Schwinghammer, tenacity comes naturally after having battled back from a lifelong series of accidents and tragedies – colon cancer being just the latest – that would have kept most others down. The 51-year-old father of three, who lives with his family in Miami Lakes, broke his neck at age 17 when he was run over by a car. He broke his back in a later car accident, and years later was injured in another bad accident (neither was his fault). Then he lost his home and all of his possessions in a fire.

But cancer, according to Mr. Schwinghammer, was by far the hardest. Yet it’s also been the best. “It’s been such a blessing, in so many ways,” he says.

Mr. Schwinghammer was diagnosed with rectosigmoid cancer two years ago. For more than a year before his diagnosis, the physically fit government relations executive had been feeling unwell with some gastrointestinal issues that were mostly just irritating and inconvenient. He eventually went to see his doctor, who said his numbers looked good and there was nothing to worry about. He hadn’t even reached the age of 50, when a first colonoscopy is recommended. Yet his symptoms persisted and just days after celebrating his 50th birthday, Mr. Schwinghammer finally went to see a gastroenterologist.

“I knew something was wrong but I was expecting to be diagnosed with colitis or something that would entail a modest lifestyle change,” he says. “Instead, I learned I had stage 3 colon cancer. And just two days later I was at Baptist having a large tumor and part of my colon cut out.”

The hardest part for Mr. Schwinghammer lay just ahead, however: he was told he’d have to undergo aggressive chemotherapy and radiation therapy. After seeking second opinions at several other cancer centers in Florida, he chose Miami Cancer Institute for his treatment, enlisting the help of medical oncologist Santiago Aparo, M.D., and radiation oncologist Michael Chuong, M.D., director of Proton Therapy and MR-Guided Radiation Therapy at the Institute.

“I did my homework and found that Miami Cancer Institute was the only cancer center in the area with every type of radiation therapy under one roof,” says Mr. Schwinghammer. “And living here in Miami, it was certainly much more convenient for me and my family.”

To make sure they could eradicate any last trace of the tumor that surgery may have missed, Dr. Aparo and Dr. Chuong recommended an aggressive treatment plan for Mr. Schwinghammer.

“His tumor was on the large size, about 10 centimeters, and in a dangerous spot, right up against the liver,” recalls Dr. Aparo. “We treated it with daily doses of chemotherapy, often in tandem with radiation therapy, over a period of almost nine months. At the same time, we didn’t want to damage any healthy tissue surrounding the tumor.”

Knowing his father would undergo grueling cancer therapy for many months to come, Broderick Schwinghammer, then 20, decided to hit the “Pause” button on his own plans. He had just graduated from the University of Florida two months before his father’s diagnosis and was about to take a job out of state. But who now would help his busy mother with all of her responsibilities? Who would drive his little brother to school and all his daily activities? Who would help take care of things around the house? Broderick realized that his father – and his family – needed him more.

“Broderick was selfless and amazing,” says Mr. Schwinghammer, who was feeling “half-human” during his months of chemo and radiation. “He did all the things his parents normally do – chores, errands, cooking, keeping the pool clean, driving his brother to school – and he helped finish a remodeling and repainting project we had started shortly before my diagnosis.”

Broderick also made sure his father was eating correctly and would drive him to and from work and meetings when he was struggling with the side-effects of chemotherapy and radiation. When in early 2019 his father was told by his doctors that he couldn’t fly to Tallahassee as planned for the inauguration of Governor DeSantis, Broderick drove him all the way up and back. Mr. Schwinghammer says his son even drove his older sister to her freshman year at college – a father’s rite of passage that he had to forego because of his cancer treatment.

“He did everything he could to make life easier for me and his mom,” says Mr. Schwinghammer. “He made my cancer easier to manage, he helped relieve my stress and he supported all of us in such a loving way.”

Mr. Schwinghammer celebrated completion of his therapy by “ringing the bell” at Miami Cancer Institute on April 16, 2019 – dressed for his final round of chemotherapy in a dapper tuxedo and red bow tie. Just three months later, he took his family on a trip out west where they went hiking in the Grand Canyon, Zion and Bryce Canyon national parks. Today, more than a year later, he is officially in remission and the family will be spending this Father’s Day in a vacation home on Little Torch Key. “I wasn’t allowed to be in the sun for a year, so I’m looking forward to spending some time in and on the water,” he says.

Because colon cancer is such a preventable disease, Mr. Schwinghammer wants people to remember one thing: “Early detection, early cure.” Dr. Aparo agrees. “You want to have a colonoscopy before you have symptoms, because if you find a precancerous polyp, you can treat it right then and there.”

Dr. Aparo also says that colorectal cancer is being diagnosed in increasing numbers of younger adults, and new guidelines from the American Cancer Society recommend that people should be screened starting at age 45, not 50. Mr. Schwinghammer is a perfect example, he says. “He was experiencing symptoms at age 47 and if he had had his first colonoscopy then, his cancer would have been much easier to treat.”

As for Mr. Schwinghammer, who recently celebrated his 26th anniversary with his wife, he will forever be grateful to Broderick for taking care of the family while he was being treated for cancer.

“The best Father’s Day gift of all is my health and I’m so glad to be back as ‘dad’ and caretaker for my family. But I couldn’t have done it without him,” says Mr. Schwinghammer of his oldest son, now 23. “Thanks to Broderick, I was able to keep working the entire time – in fact, I didn’t miss a single day of work.” He’s also grateful for all the doctors and nurses and staff at Miami Cancer Institute. “It’s such a well-organized team there. Everyone is so incredibly talented and caring.”

Dr. Aparo says Mr. Schwinghammer was a model patient throughout his treatment. “He was an active and engaged participant in his treatment plan, and asked all the right questions,” recalls Dr. Aparo. “The real struggle for him was when he realized he couldn’t do certain things, but he was very open to recommendations for treating the side effects he experienced and he was able to take it easy and give his body time to recover.”

According to Dr. Aparo, Miami Cancer Institute will be launching an interdisciplinary rectal cancer clinic in the next few months where a patient can come in and meet with all the different specialists and have a treatment plan developed the very same day. “As cancer specialists, we know the value of interdisciplinary care and we have weekly meetings to review and discuss new cases,” he says. “The new clinic will make it even more convenient for the patient.”

Make a gift to Miami Cancer Institute and impact the lives of those like Mr. Schwinghammer.  Your generosity saves lives. 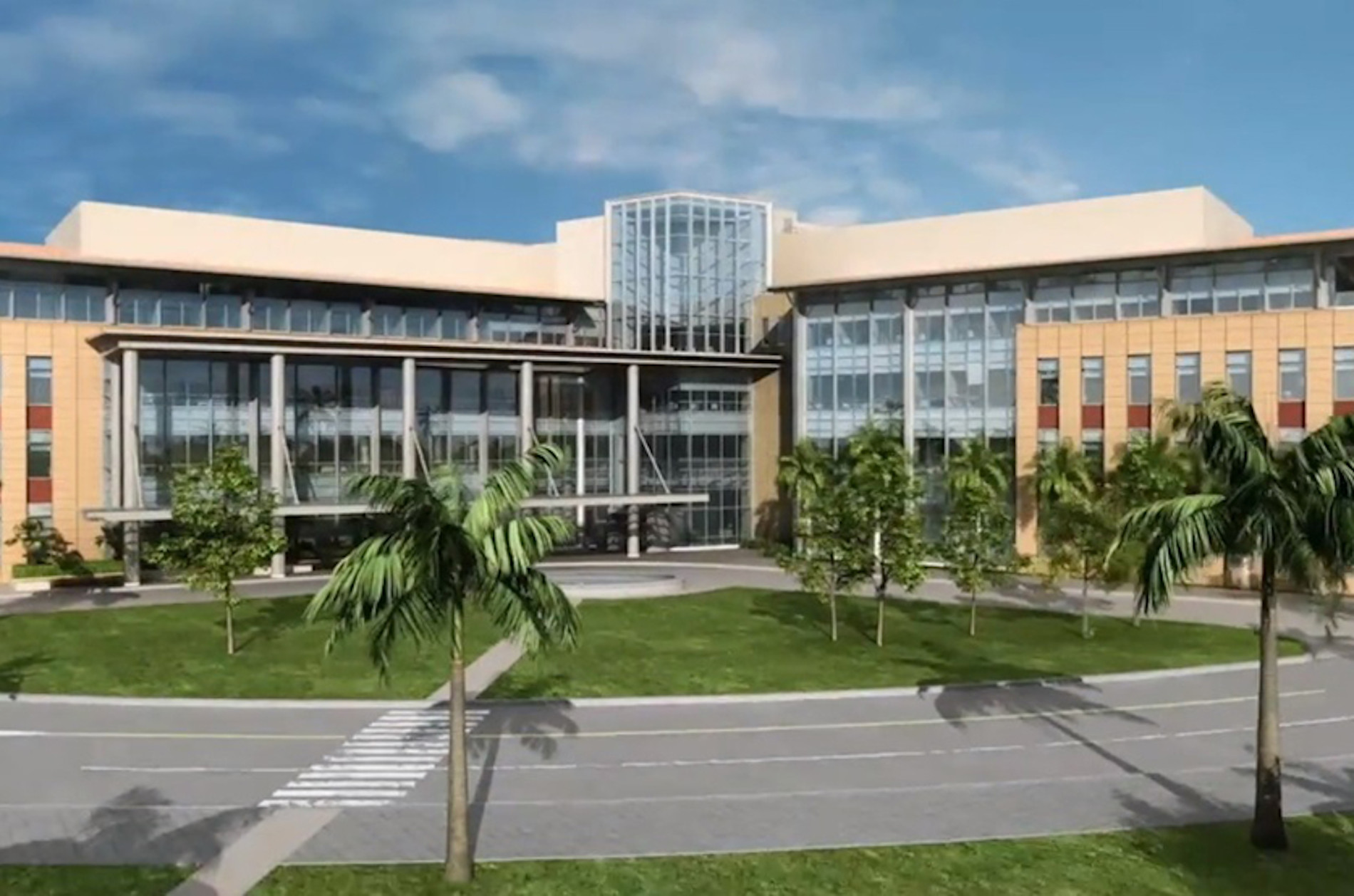 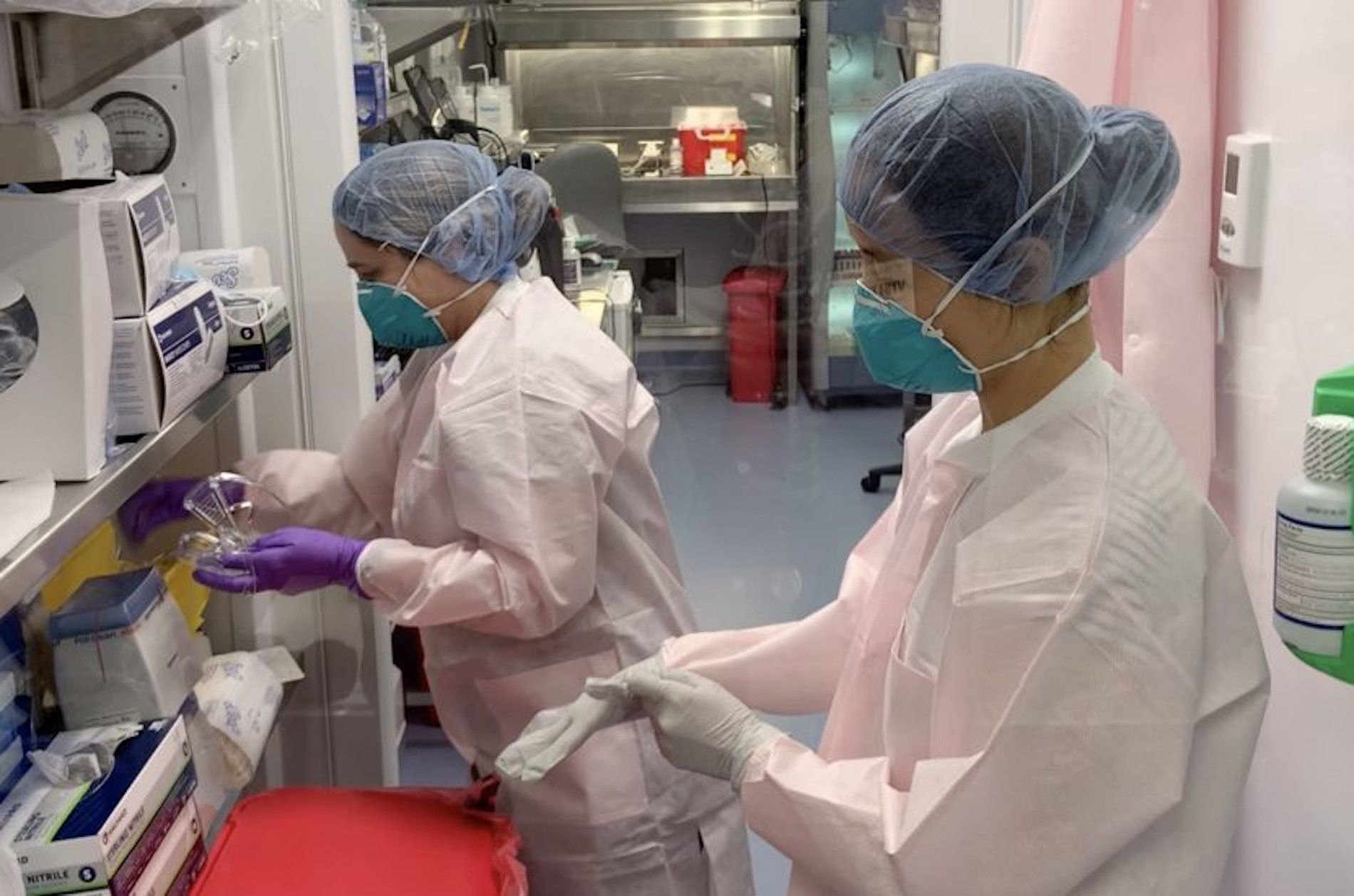 One of the greatest challenges for healthcare systems during the coronavirus pandemic has been the timely identification of COVID-19 patients.
Read Story 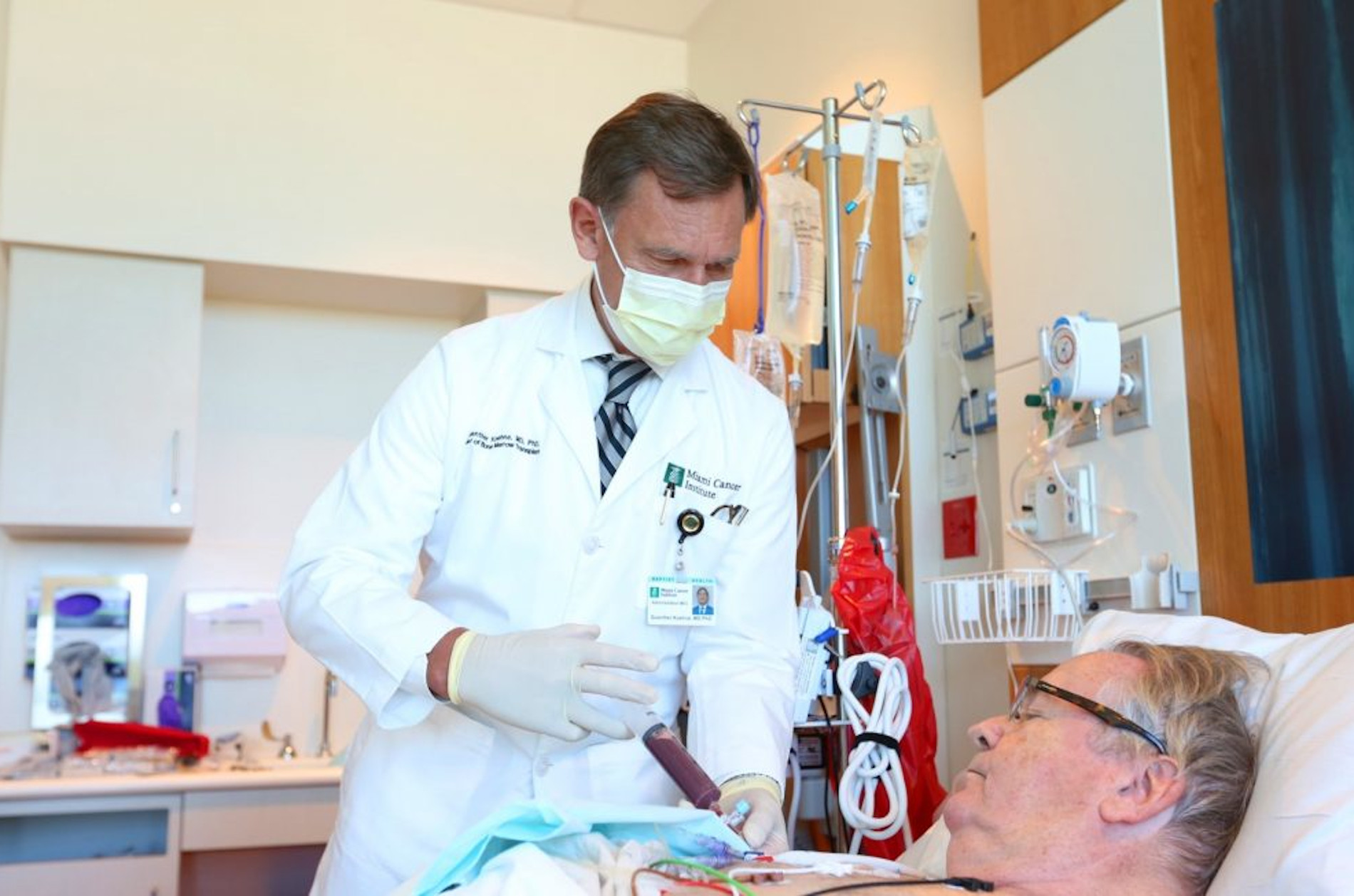 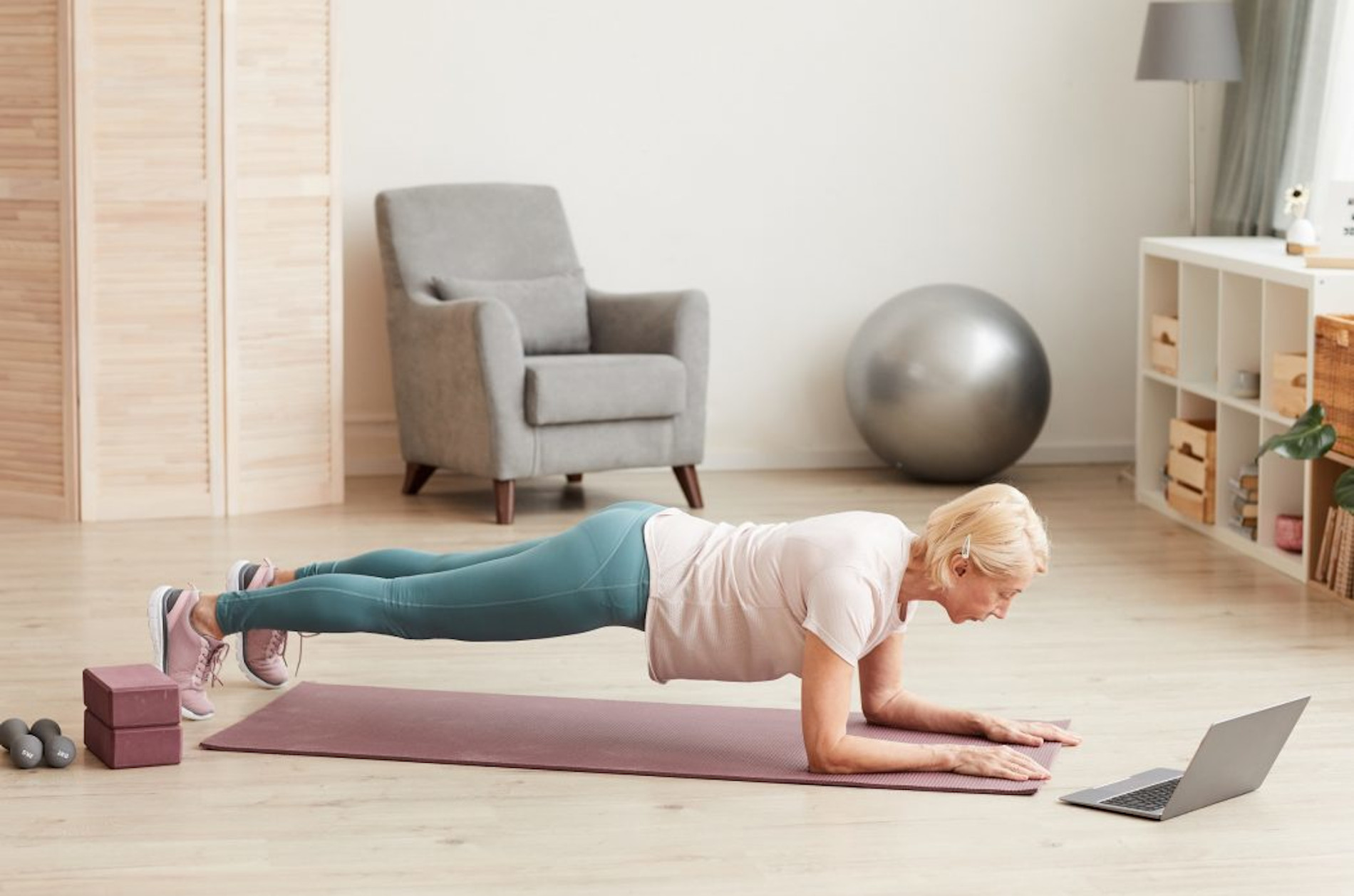 On a rainy Miami afternoon, Stephany Goyla and Carla Walker pull on their workout clothes and prepare to run through a series of bicep curls, burpees, lunges and other exercises.
Read Story 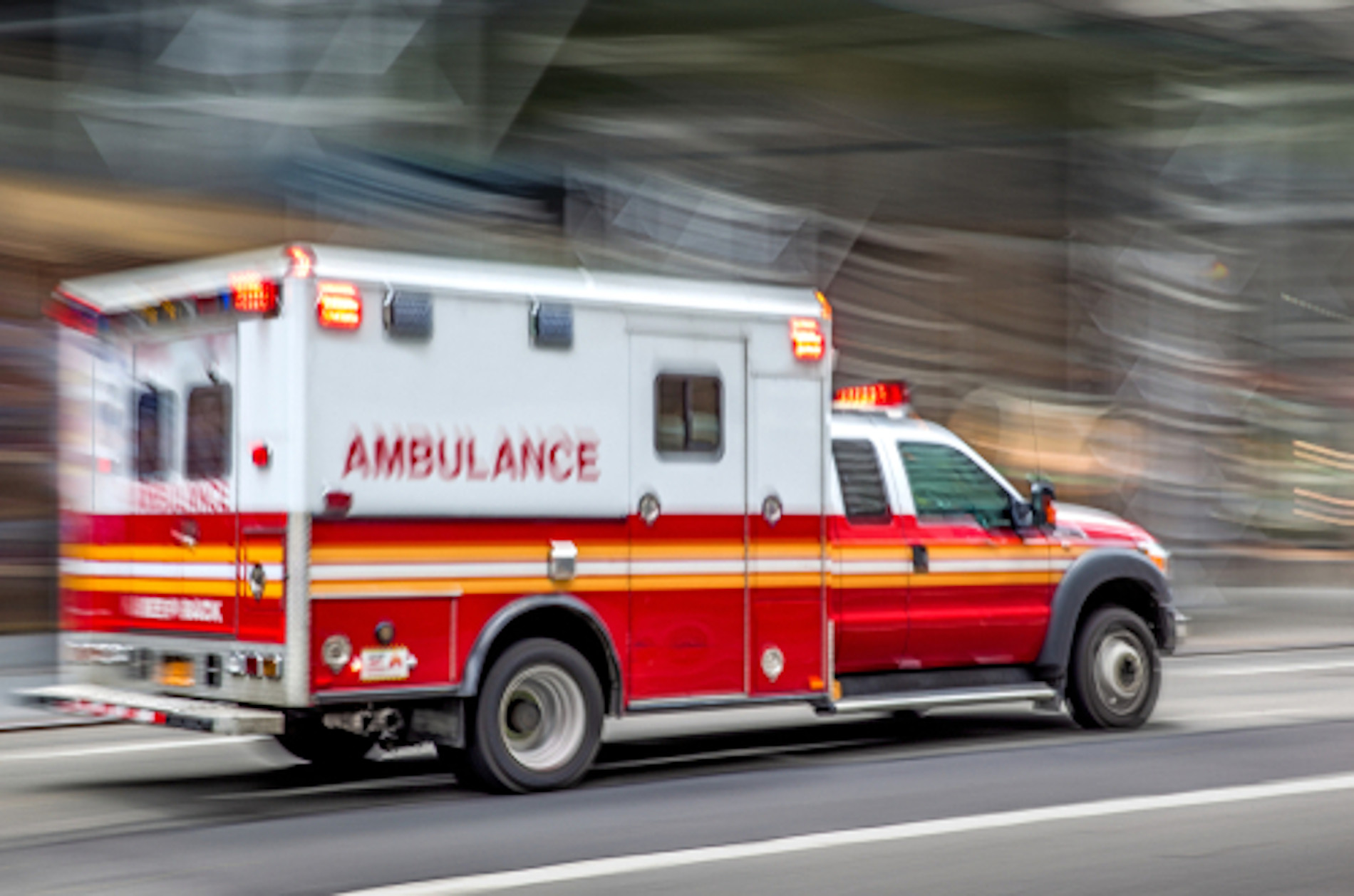 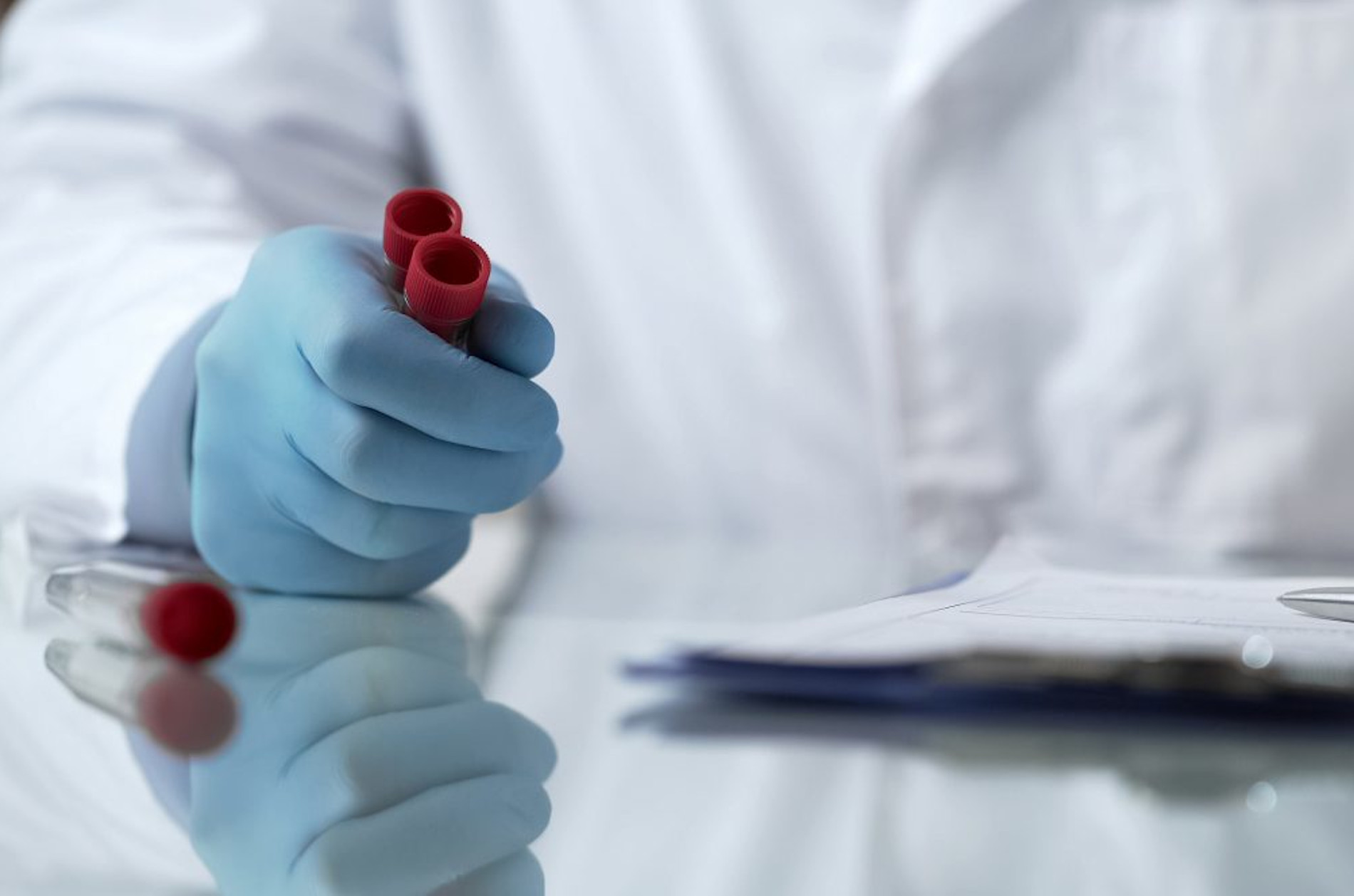