Because there is a history of cancer in her family, April Magen has always been extra vigilant about her health. Her grandmother, whom she was very close to, endured various types of cancer in her lifetime, starting with breast cancer that eventually metastasized throughout her body and into her bones. “Her death from bone cancer was a real red flag for me,” says Ms. Magen.

Ms. Magen, 53, director of global partnerships for Design Miami, an art fair that sprung up alongside Art Basel in 2005 and has since become a top venue for collectible design, says she has been extra diligent about her own health and keeping up with her regular health screenings, including mammograms, Pap smears and HPV tests. She even started getting her check-ups every six months, just to be safe. It was a decision that would save her life.

In 2019, Ms. Magen’s gynecologist noted an “irregular” Pap smear that she felt warranted further evaluation. “I had no symptoms, none,” she recalls. A biopsy confirmed that Ms. Magen had Stage 1 cervical cancer – adenocarcinoma was found in the glandular cells on the inside of her cervix. She was referred to John Paul Diaz, M.D., chief of gynecologic oncology at Miami Cancer Institute.

“Because they’re on the inside of the cervix, glandular cells are harder to detect visually,” Dr. Diaz notes, which is why in cases such as Ms. Magen’s, he recommends additional evaluation with a conization biopsy and Loop Electrosurgical Excision Procedure (LEEP). “LEEP allows us to remove abnormal cells from the cervix and obtain an accurate diagnosis of the cervical pathology,” he says. “It also cauterizes the surrounding tissue, which aids in healing and effectively eliminates remnant cancer cells.”

As these initial procedures suggested that Ms. Magen’s cancer was confined to her cervix and hadn’t spread elsewhere, Dr. Diaz told her he believed it could be treated surgically without radiation therapy or chemotherapy. She went in for surgery just days after Design Miami’s 2019 fair ended.

During the robotic-assisted procedure, Dr. Diaz first performed a sentinel lymph node biopsy, a surgical procedure used to determine whether cancer has spread beyond a primary tumor into the patient’s lymphatic system.

“We found a lymph node that looked abnormal, so we removed it and sent it to the lab for immediate evaluation,” he recalls. A short while later, while Ms. Magen was still under anesthesia for what she thought would be her hysterectomy, the pathology report came back from the lab. The results were not good.

“Unfortunately, the sentinel lymph node biopsy showed that Ms. Magen’s cancer had metastasized to this particular lymph node,” Dr. Diaz says. “We knew at that point that we were no longer dealing with early stage cancer.” He decided to suspend her surgery and transition Ms. Magen to a different modality.

“With Ms. Magen’s cancer now Stage 3, we knew that radiation would be a better option for her, as it would result in the least amount of side effects,” Dr. Diaz notes. Also, he adds, “removing her cervix would have impeded the ability of radiation therapy to be delivered appropriately.”

Once Ms. Magen was out of the OR and fully recovered from her anesthesia, Dr. Diaz discussed his findings and recommendations with her. “It’s hard for a patient to go into surgery expecting one outcome and then to come out and learn there’s been a change of plans,” Dr. Diaz acknowledges. “But Ms. Magen took it all in stride and adapted to a challenging situation.”

In January 2020, Ms. Magen began her new treatment, which would consist of five weeks of daily sessions of external beam radiation therapy (EBRT), along with low-dose chemotherapy that optimizes the radiation’s effectiveness by rendering cancer cells more susceptible.

To ensure that any remaining cancer cells in her cervix were completely eradicated, Ms. Magen also underwent internal radiation therapy with a procedure known as brachytherapy, in which the radiation source is placed in a device inside the cervix.

“Although it might be used as a stand-alone treatment in very specific cases of early-stage gynecologic cancers, brachytherapy is typically used in combination with EBRT for cervical cancer,” says Jessika Contreras, M.D., radiation oncologist with Miami Cancer Institute and an integral part of Ms. Magen’s care team.

Ms. Magen says she never experienced nausea or other side effects during her treatment. “I did have days when I felt low and tired but I continued working full-time and I was able to keep up with my work-outs almost every day,” says the busy executive, who takes care of herself and meditates and exercises daily. She recognizes, however, that cancer treatment can be a difficult journey, and that not everyone’s journey is the same. “I know many people don’t have an easy time of it. I was lucky.”

“A stellar beacon of hope”

Ms. Magen says her cancer journey hasn’t been just about her health. “It’s also been a psychological journey, an emotional journey and a spiritual journey,” she says. And, she says, it has helped her prioritize the things in life that really matter.

“A cancer diagnosis has the ability to quickly magnify and highlight the people and the qualities and the values in life that are most important to you,” she says. “And I have to say that my life is full now, in a way that it wasn’t before.”

Ms. Magen is thankful for her family and friends, whom she says have been “the unsung heroes” in her healing process. She’s also grateful to live in a region that has a resource like Miami Cancer Institute, which she calls a “stellar beacon of hope,” and glad that she was on top of her screenings. “Had I not been getting checked twice a year, my cancer would have had six months longer to spread.”

Most of all, Ms. Magen says she is grateful for Dr. Diaz, Dr. Contreras and everyone else at the Institute who had a hand in her care. She says Dr. Diaz displayed an extraordinary level of thoughtfulness, patience (“I asked him a lot of questions”) and knowledge, and that she had an “incredible amount of confidence” in him from their very first meeting.

“Working with the people at Miami Cancer Institute has been one of the best experiences I’ve ever had in my life,” Ms. Magen says. “The level of excellence there is unsurpassed. They have such integrity and professionalism. As a patient, you can’t help but show up with everything you’ve got because you know that every member of the team behind you is bringing the same.”

Ms. Magen is still amazed by the care she received as a patient at Miami Cancer Institute. “I’ve never experienced that kind of support in my life before. I never felt alone – in fact, I felt so incredibly held.”

Ms. Magen says she also learned a lot about herself in the process. “I learned that every day is a journey, and that you never know what’s going to happen,” she says. “It also taught me to treat myself and my life with a level of fragility and a level of robustness. And, it has given me a great deal more compassion for others. You never know what someone else may be going through.”

Her advice for others facing a cancer diagnosis? “Embrace your journey and allow people in to your life who can help you and who want to help you,” Ms. Magen suggests. “You may not think you need it but at some point you will, so don’t turn it away.”

The most important thing, says Ms. Magen, is to have hope. “No one can ever take that away from you – it’s something you can own yourself,” she says. “Yes, you’ll have difficult days, but the best remedy is to love yourself through it and to let others help you when you need some extra love and support.”

What’s next for Ms. Magen? As someone who has traveled the globe for both business and pleasure, she says she looks forward to even more travel, including Shanghai, which will be hosting Design Miami later this year. She loves the opportunity to immerse herself in other cultures. “It broadens your horizons and gives you a greater appreciation and compassion for others,” she says. “Plus, it gets you out of your comfort zone, which is important for me.”

In the fight against breast cancer, prevention has become as important as finding a cure or prolonging survival ― perhaps more so.
Read Story 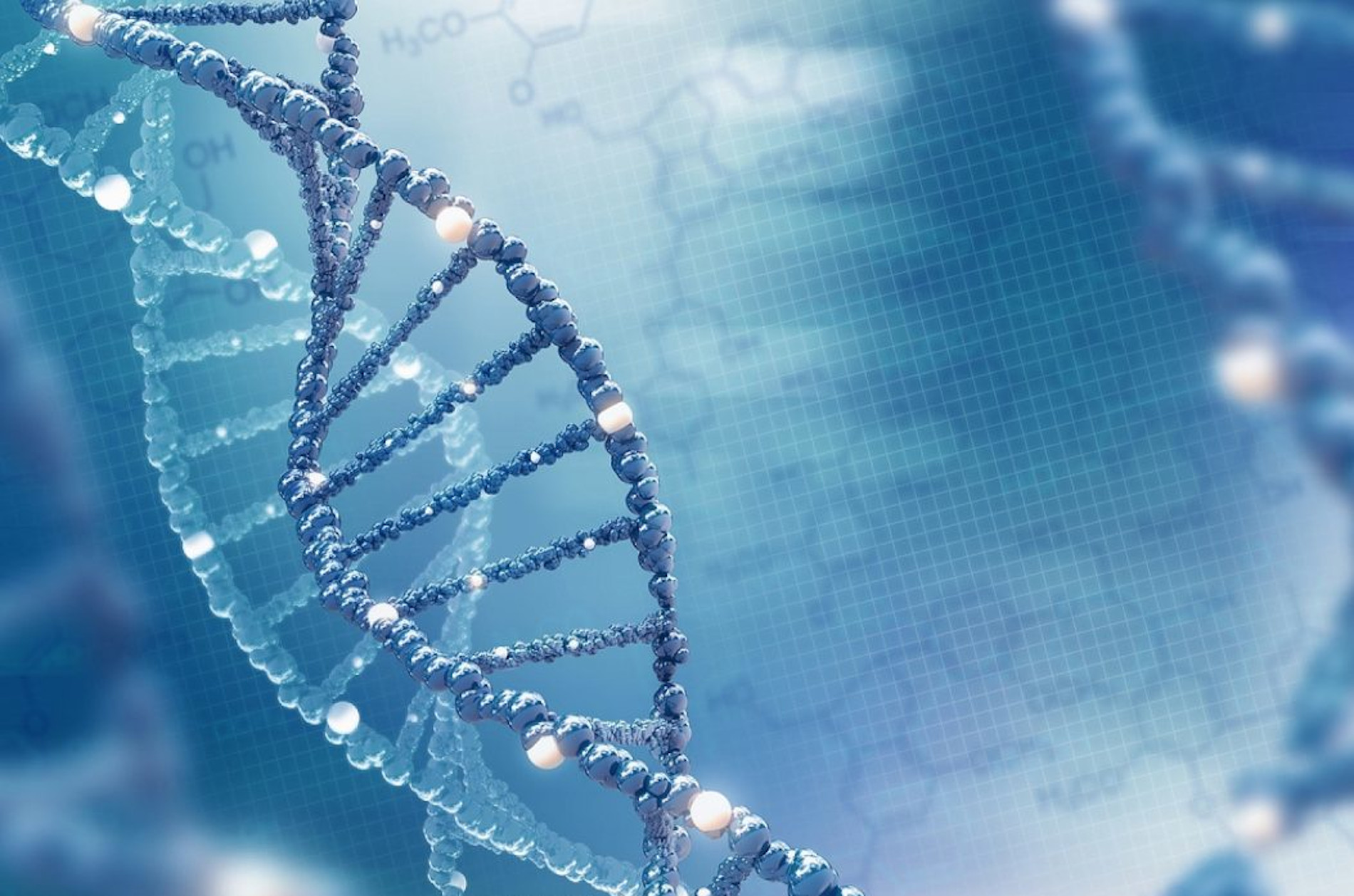 Do you have a history of breast cancer in your family? That’s a question that many women cannot answer concisely, if at all.
Read Story