As a clinical art therapist for Miami-Dade County Public Schools, Morgen Chesonis-Gonzalez is always diligent about getting her annual mammogram and other health screenings during the summer. Last year was different: the pandemic had brought life to a halt, a vaccine wasn’t yet available and the mother of two worried that going to the doctor could expose her and her family to COVID-19. So she put off her screenings – until a persistent pain in her armpit convinced her to finally see a doctor in August. It was a decision that saved her life.

Following a mammogram and some follow-up tests last August, Mrs. Chesonis-Gonzalez, 47, was diagnosed with stage 2 triple negative breast cancer, a particularly aggressive type of cancer that can metastasize rapidly. Her primary care physician had referred her to what she calls “the A-Team” at Miami Cancer Institute – oncologist / hematologist Grace Wang, M.D., and breast surgical oncologist Starr Mautner, M.D.

For Mrs. Chesonis-Gonzalez, who works with children with emotional and behavioral disabilities, the news was like a punch in the stomach. “It was terrible, completely unexpected,” she says.

Her previous year’s mammogram had detected no signs of breast cancer, and she has no family history. Yet the cancer had already spread via her lymph system into the axilla region between her armpit and breast, which is why she was feeling pain there. “I’m still young, I have two children, and suddenly I’m confronted with my own mortality,” she says, choking back tears.

To make matters worse, Mrs. Chesonis-Gonzalez had a second type of cancer in the same breast, and the two different tumors required different treatment modalities. “One of the things I’ve learned about all the advancements in breast cancer treatment is that they have the ability to target different types of tumors with different types of treatments,” she says. Treating the large, aggressive tumor would require a combination of chemotherapy and surgery, she was told.

Mrs. Chesonis-Gonzalez underwent four months of chemotherapy before the tumor could shrink to a size where it could be removed surgically. “I came in every other week for chemo,” she recalls. “On alternating weeks I had to come in for blood tests to see if I was able to tolerate another round of chemo the following week.”

This February, Mrs. Chesonis-Gonzalez had her surgery and later underwent six grueling weeks of daily radiation therapy, which she just completed. Six months from now, once her skin has been able to completely heal from radiation therapy, she will have breast reconstruction surgery performed by Miguel A. Medina III, M.D., plastic and reconstructive surgeon and director of microsurgery at Miami Cancer Institute.

Her experience taught her an important lesson about the importance of health screenings and early detection, Mrs. Chesonis-Gonzalez says. It’s also the reason she accepted an invitation to join a panel of Baptist Health cancer experts at a press conference held earlier this week at Miami Cancer Institute.

The panel, which included Michael Zinner, M.D., CEO and executive medical director of Miami Cancer Institute, Jane Mendez, M.D., chief of breast surgery, and Mark Dylewski, M.D., the cancer center’s chief of general thoracic surgery, addressed an “alarming decline” – as much as 85 percent – in mammograms and other cancer screenings during the pandemic.

Referring to an anticipated increase in cancer-related deaths over the next decade due to delayed or missed screenings, Dr. Zinner called the situation a “ticking time bomb, one with a 10-year fuse,” and implored people to keep current with their screenings.

At the press conference, Mrs. Chesonis-Gonzalez spoke eloquently about her experience and the challenges she and her family faced during her treatment, which she says was long and difficult.

“I was still working, trying to raise a family and coping with my illness,” she recalls. “It was extremely difficult, juggling everything.” The fact that all of this was happening during a pandemic made it even more challenging, she says – especially for her children. “With COVID-19, they couldn’t go to school and see their friends, their mom was sick with cancer and their sense of normalcy was turned completely upside down,” she says.

Friends and support groups provided crucial help while she was undergoing treatment, as did members of her family’s church and her daughter’s Girl Scouts troop, which delivered meals for the family when she was too sick to cook. “It was so important to have their help,” she says. “I couldn’t have done it without them.”

Mrs. Chesonis-Gonzalez says she is so grateful for the team of professionals who cared for her at Miami Cancer Institute. “Everything I needed to beat this cancer was available in one place – the doctors, the staff, the technology, the support services,” she says. “And if there ever was an issue or question about my treatment plan, all the doctors could consult with each other quickly.”

As for her concerns about COVID-19 exposure, Mrs. Chesonis-Gonzalez says she is fully vaccinated now but was relieved when she first came to Miami Cancer Institute to see that safety measures were in place everywhere. “Social distancing, face coverings, constant cleaning, plus screenings and tests – everyone here is focused on making things as safe and sanitary as possible.”

Although her treatment was physically and emotionally challenging, Mrs. Chesonis-Gonzalez says she felt so relieved knowing she was able to get the treatment she needed to survive. “I know cancer can happen to anyone at any age,” she says. “But I’m only 47, and the one thought that kept me going through all of this is that I’m determined to be around to see my grandchildren someday. Not too soon, hopefully, but someday.”

At the close of the press conference, Mrs. Chesonis-Gonzalez rang the bell that signifies the end of a cancer patient’s treatment. It was a special moment for her, she says, but bittersweet because COVID-19 precautions still in place at Miami Cancer Institute prevented her family from being there with her for the symbolic ringing of the bell.

Her message to both men and women: “Don’t delay your screening,” advises Mrs. Chesonis-Gonzalez, who shudders to think what would have happened if she had delayed her screening any longer. “Early detection and intervention will lead to a better prognosis for survival – I’m a testament to that.” 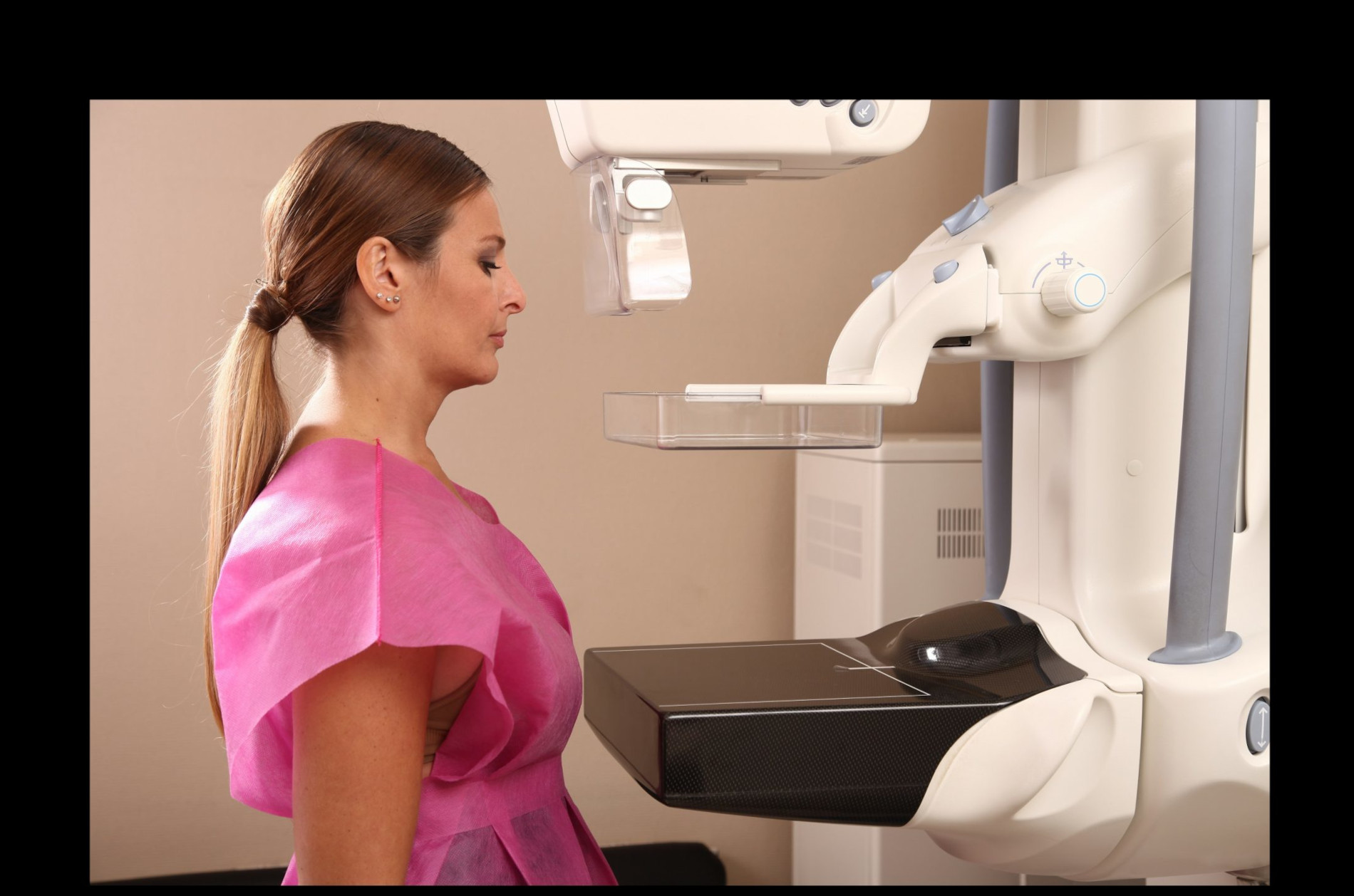 In the fight against breast cancer, prevention has become as important as finding a cure or prolonging survival ― perhaps more so.
Read Story 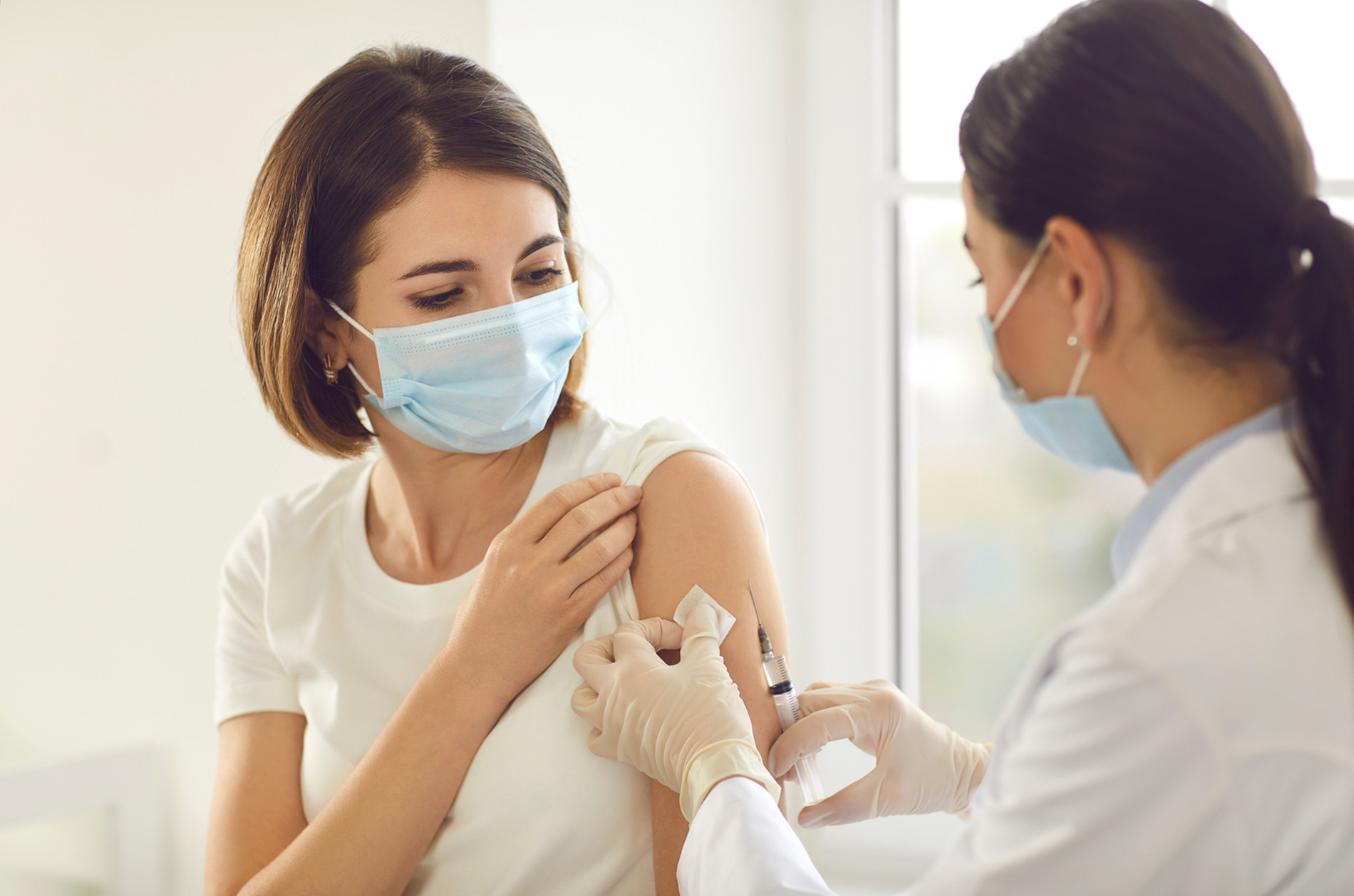 A small number of women have noticed enlarged lymph nodes after receiving the coronavirus vaccine and are mistaking them for a symptom of breast cancer, according to experts at Miami Cancer Institute.
Read Story